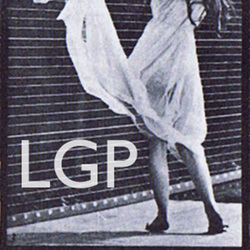 The Lost Geneva Project was created to honor my late grandmother Geneva "Jean" Ducar. Geneva was an incredible woman and instilled in all of her daughters and granddaughters a strong feminist sensibility and a do it yourself attitude. To honor her legacy, the Lost Geneva Project will attempt to tell the tales, the myths, and the history of the beloved women of our past and present, one story at a time. 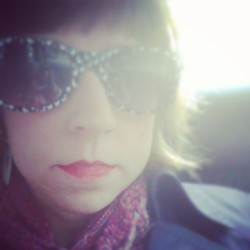 Erica Barnes is a director, producer and collaborative artist.  She is the Founder of Lost Geneva Project. In 2003, Erica founded and was co-artistic director for Blank Line Collective, a collaborative, movement-based theatre company. Past directing, devised creations, and performance credits with Blank Line Collective include: Disgrace, Likes/Dislikes, The New Tenant, Heloise and Abelard, The Helpless Doorknob, and The Fete. In 2011-2012, she collaborated with State Theatre to produce The World Over, Crowded House: An Explosion of The Winter’s Tale, and After the Quake. In 2012, Erica independently produced and directed an adaptation of David Lehman’s Mythologies at Hamlin Park Fieldhouse. Erica and Dani Bryant co-directed The Last Meal Man for Collaboraction in 2012 and later that year co-founded Knife & Fork, a food and social practice theatre company with Sarah Rose Graber.  She continues to work with Knife & Fork and all current projects can be found under the Knife & Fork tab of this website. In the fall of 2013, Erica was invited to join Shimer College as the fall and spring performance director. Erica is also a performer at ROOMS, a performance art gallery where she has performed in over 10 durational performance pieces under the direction of Todd and Marrakesh Frugia.  Erica has training in Laban Movement, Theatre of the Oppressed, and modern dance but obtained her most valuable knowledge in a rehearsal room witnessing an ensemble of bodies, rhythms, and ideas converge to create a piece of theatre. She holds a BA in Theatre Arts with a concentration in Directing from the University of North Texas.
Powered by